The standard electret ion chamber can be modified to include a thin window that allows alpha particles to enter the sensitive volume, thus becoming an alpha monitor. One standard version has a depth of 2.8 cm, diameter of 8 cm, with a window made of aluminized Mylar™ measuring 0.8 mg/cm2 in thickness.

Detailed work was corried out on the topic of "Utilization of Electret Ion Chambers for Characterization of Gross Alpha Emission from Indoor Surfaces" under a CRADA (Cooperative Research and Development Agreement) program between Rad Elec and Oak Ridge National Laboratory. This has been published in the 1993 U.S. Department of Energy Methods Compendium Protocol and is available on request. It is usable for routine alpha surveys. 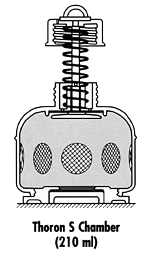 Thoron is an isotope of radon, which originates from thorium and has a very short half-life of about one minute. Measuring thoron is important in some areas, most notably in places where thorium is handled or where the natural content in the soil is especially high. Thoron can also be an interference in measuring radon. The standard E-PERMs® are designed to minimize the response to Rn220 (thoron) by restricting the diffusion entry time, which is achieved by having a very small area filter for the passive diffusion. Because of the extremely short half-life, thoron decays before entering into the sensitive volume of the E-PERM®.

Rad Elec's thoron chambers can successfully measure Rn220 by increasing the filtered diffusion area from 0.3 cm2 to 30 cm2, in order to allow thoron to diffuse into the chamber with virtually no delay. This modified chamber is called the Radon-Thoron (RT) E-PERM® because it responds to both radon and thoron. The figure to the right shows a schematic view of the RT E-PERM®. A series of holes are drilled into the body of the chamber, and are subsequently covered with an electrically conductive filter paper. These chambers were calibrated by an exposure to a known thoron concentration in a thoron test facility of CANMET, Elliot Lake Laboratory / Mining Research Laboratory, in Canada. It is necessary to expose a set consisting of one radon and one RT E-PERM® simultaneously in the test atmosphere. Results are used to calculate both radon and thoron concentrations in air.

Tritium in Air and Water and on Surfaces

Electret ion chambers with large filtered opeings provide access to tritium vapors. As tritium is an ionizing vapor, it can be detected by the sensitive volume of the chamber. Incorporating such detectors inside a sealed jar containing tritium-contaminated water provides a means of determing tritium concentration in water. A windowless device is used for assessing tritium on surfaces. Additional information is available from Rad Elec, and the following publications can be referenced for greater detail into the methodology employed.

Electret ion chambers become gamma monitors when sealed in a radon-proof enclosure. Usually sealable Mylar bags are used. These provide integrated gamma exposure over a time period, in units of mR or nGy.

As the chambers are constructed of electrically conductive plastic, they provide an energy independent response. These have been used in the place of TLDs. In certain areas where low-energy gamma emitters (such as Americium-241) are present, electret ion chambers provide superior performance. For every low energy application, specialized electret ion chambers with thin windows are employed. With a choice of several chamber volumes and electret types, a wide variety of sensitivities and ranges are possible. Please refer to the following publications for more details, or feel free to contact Rad Elec with any questions regarding environmental gamma or low-energy X-ray measurement options.

Electret ion chambers with a conducting Tyvek window have been used for measuring beta dose rates. Passive beta particle dosimeters are needed for several applications, including monitoring the environment around nuclear reactors and the contaminated atmospheres found in many nuclear facilities. An electret ion chamber with a window area of 50 cm2, a volume of 144 cm2, a window (carbon coated Tyvek) with a thickness of 7 mg/cm, and a depth of 2.88 cm has been created specifically for this application. These chambers can find use in characterizing beta sources in medical applications.

Positive and negative ions are produced in air, mainly due to radon and terrestrial/cosmic radiation sources. Measuring ion concentration in air indirectly provides a measure of these sources. Electrets, when exposed in the environment, collect ions of the opposite sign, leading to a measurable decrease in charge (depending upon the exposure time and ion concentration). This work describe a method of correlating electret discharge rate to the ion concentration as measured by a calibrated ion density meter. Once calibrated, electrets can then be used to measure ion concentration of either sign (+/-). 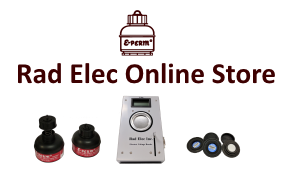 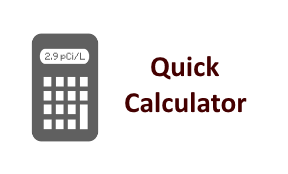 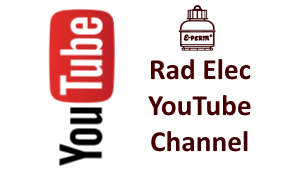